What is Mass Observation Online?

This digital project opens up revolutionary access to thousands of documents generated by the Mass Observation social research organisation from its inception in 1937 to the last submitted diary in 1967 allowing a unique insight into life in Britain spanning four decades.

Learn more about these areas of the resource on the following Take a Tour pages. 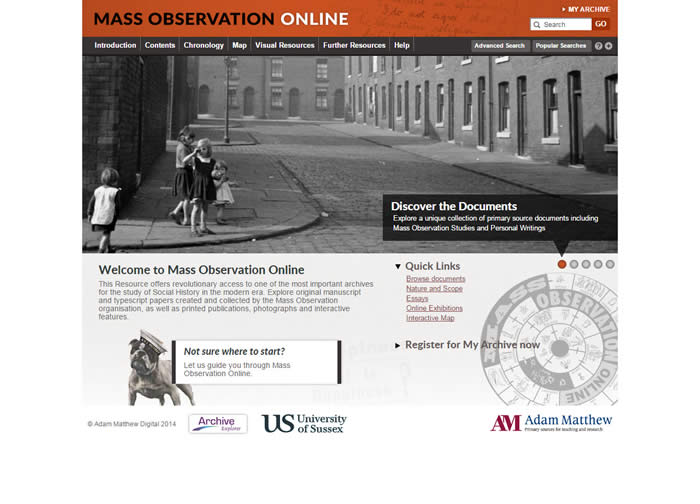