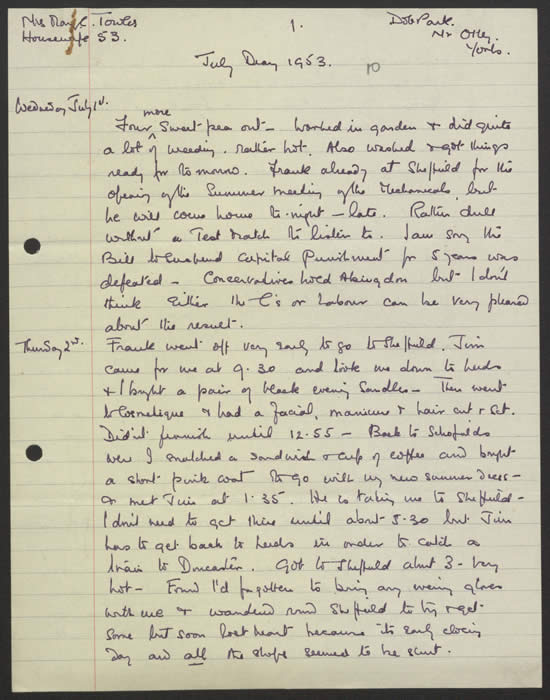 The Diaries, 1939-1967. About 500 men and women kept personal diaries which they sent to Mass Observation in monthly instalments. No special instructions were given to diarists, and consequently the diaries vary considerably in style and content. Although some people maintained a continuous flow for years on end, other diarists wrote intermittently or for one short period. Most diarists stopped after 1945, although a few carried on well into the post-war years. The last diary received is dated 1967.

The diaries offer separate accounts of what was happening each month, allowing users to compare accounts and trace events as they unfolded. For anyone studying the outbreak of the war, the impact of Dunkirk, the Blitz, evacuation, or a host of other topics, they are indispensable. As Professor Tony Kushner says, “it is a collection of diaries that has few equivalents for this period anywhere in the world.”

The Day Surveys, 1937-1938. These were special diaries recording details of a single day, written by members of Mass-Observation’s National Panel, which consisted of over 500 observers. Initially the Panel recorded the 12th day of each month, but by 1938 they were recording special days such as Armistice Day, Christmas, and Bank Holidays. All material is full text searchable.

The Directives, 1939-1955. Answers from members of Mass Observation's national panel of volunteer writers who responded to the regular MO 'directive' or open ended questionnaire on a variety of subjects including personal issues. Specific subjects included ‘Race’, ‘Class’, ‘Jazz and Dancing’ and ‘Dreams’. There are also a number of directives relating to World War II, assessing attitudes towards propaganda, conscription, air raids and evacuation. 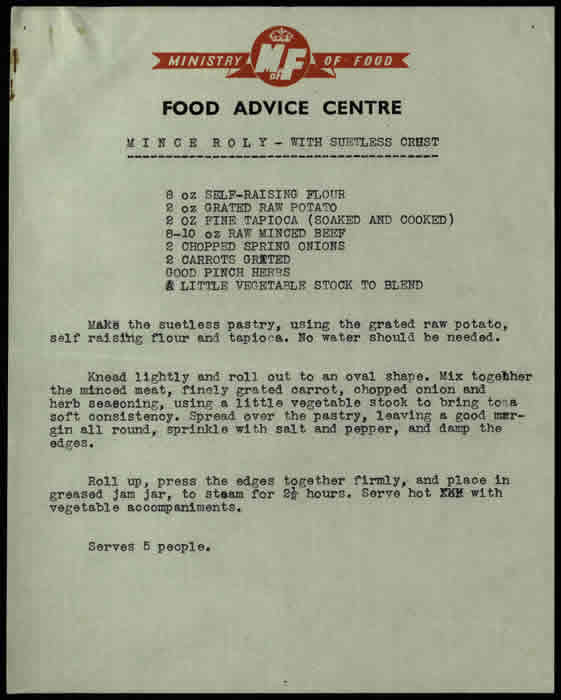 A complete set of the File Reports, 1937-1951, with full text searchability. Over 2,000 File Reports offer a perfect introduction to the archive, providing top-level summaries and conclusions of the findings of nearly every Mass Observation study from 1937-1951, from its initial studies, to its wartime work for the government, to its post-war reinvention as a market research organisation. The range of topics covered is immense, including popular culture (with reports on cinema-going, radio and music, and the advent of television); consumerism, branding and fashion (including the rise of department stores and the New Look); sex, marriage, and the family, as well as attitudes to war, politics and America, Russia and Europe.  Users are advised to begin their research with the File Reports.

A complete set of the Topic Collections, 1937-1965, with full text searchability. The Topic Collections represent the raw material behind many of Mass Observation’s published studies, consisting of both quantitative and qualitative data including questionnaires, interviews, observations and contemporary ephemera. Detailed metadata provides full précis of content.

The entire Worktown Collection; a major study carried out in Bolton and Blackpool between 1937 and 1940. People's conversations and behaviour were recorded in a variety of settings - in the street, in the pub, at dance halls and cinemas, in churches and chapels, at meetings and public events, at work in the cotton mills and on holiday in Blackpool. The aim was to document Bolton's social and political life using the technique of 'scientific observation'. The collection includes 100 photographs taken by Humphrey Spender to support MO’s study of Bolton and Blackpool. The Worktown photographs are sourced from Bolton Library and Museum.

Mass Observation’s Publications, 1937-1966. Twenty-five books, most now out of print, appeared during Mass Observation’s first period of activity, 1937-1950, including May 12th; First Year’s Work; and Britain By Mass-Observation. They are all included here, along with pamphlets and workbooks published by the Mass Observation Archive. All material is full text searchable.